It’s looking like a good time to be a British cultural icon with designs on entering Hollywood at the moment. With David Beckham pitching up in Guy Ritchie’s King Arthur: Legend of the Sword, Beatles legend Paul McCartney has decided he wants a piece of the cinematic action. Macca has just released an image of himself in full garb as an oceanic outlaw for his bit-part role in the upcoming Pirates of the Caribbean V: Dead Men Tell No Tales. 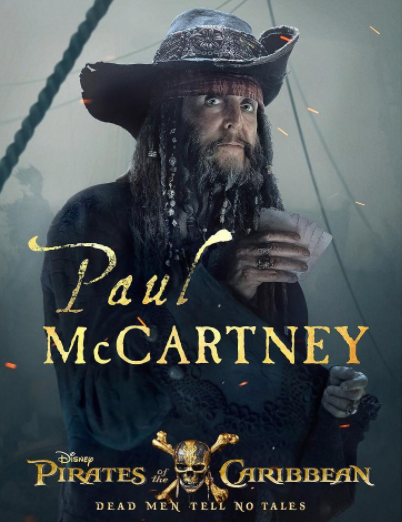 Apparently the legendary Liverpudlian will be appearing as a Jail Guard in the new film – though explicit details are currently scant – and Deadline have said that his role comes in the middle of an “extra big set-piece scene”. As we’ve already spied Johnny Depp’s Captain Jack Sparrow wallowing in a cell in the Dead Men Tell No Tales trailer, could the crafty Sparrow be being held captive by the Beatles-bassist-turned-dreadlocked-pirate?

For all the latest on developments in the latest sea-faring blockbuster that Disney has to offer, grab a subscription to Total Film – and save up to 18% off today.