The New Formula One Season Is About to Begin

The Australian Grand Prix on 20th March kicks off the 2016 F1 season - but can anyone beat the seemingly unbeatable Lewis Hamilton and Mercedes? 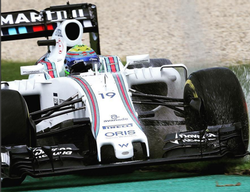 The 2016 Formula One season is nearly upon us, and already Lewis Hamilton looks in good shape to make it three Championship wins in a row. Hamilton topped the second practice lap at Albert Park, ahead of the season opening at the Australian Grand Prix on 20th March.

With Mercedes looking likely to start dominating races from the off, it will be up to drivers such as Ferrari's Sebastian Vettel and Kimi Raikkonen to try and knock Hamilton and team-mate Nico Rosberg off pole position. Another interesting addition to the grid will be the return of a specific Renault team - bringing back a yellow car that may remind some of the iconic lightening bolt colouration of the now defunct Jordan team.

Debuting in the Renault car will be British novice Jolyon Palmer - whilst its always nice to see a new British driver on the scene, the staggering heights set by Jenson Button during his first season with Brawn in 2009 is still a long way away for the Renault debutant.

You can catch up with all the thrills, spills and tyre-spins of the new season with a subscription to F1 Racing Magazine - now with 80% off - the perfect accompaniment to a cup of tea and a grand prix on a lazy weekend.