Everything you need to know about Adwoa Aboah

Vogue cover star, feminist activist and all round wonder woman.

Fashion is in her blood – Adwoa’s mother is Camilla Lowther, who is one of the world's most successful fashion agents, and her father Charles Aboah is a location scout.

She could be model of the year – this year's Fashion Awards are at London's Royal Albert Hall on December 4, and Adwoa is in the running for the top prize up against Kaia Gerber, Winnie Harlow along with Gigi and Bella Hadid.

2017 has been HUGE for her – This year alone, the 25-year-old has graced the cover of American Vogue, been named GQ Woman of the Year and walked for Chanel, Dior and Burberry. Not to mention becoming a contributor to British Vogue .

She has suffered from mental health problems and addiction – As well as depression, Adwoa has struggled with bipolar disorder and drug and alcohol abuse. In October 2015 she took an overdose which resulted in a coma.

But turned it into something really positive – She is now sober, and founded Gurls Talk, an online platform for young women to discuss things like mental health, sex, and social media.

Cara Delevingne is her best friend – the two London socialites have been BFFs for around a decade and have matching tattoos. 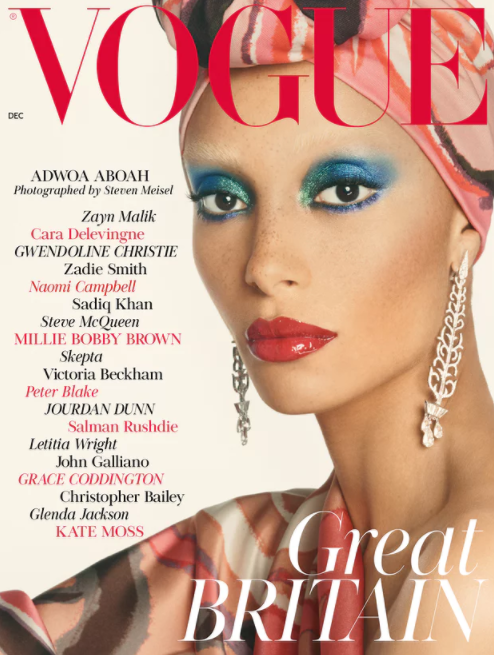 She is down-to-earth, super cool and very proud of her heritage – telling Edward Enninful that being black and British is "one hundred per cent empowering and fabulous".

Grazia Diversifies For London Fashion Week
Eternal Youth: How to care for your skin at every age.
isubscribe Icons: It’s Britney!