It’s the real-crime show that swept the world, and caused thousands of people to sign petitions appealing for the release of convict Stephen Avery. Now, Making a Murderer is back for season two, and this time it’s the lawyer’s turn… 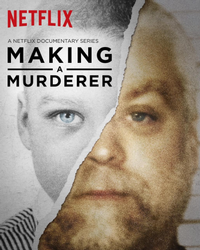 Last year, Netflix’s Making a Murderer turned even the most ardent couch potato into a bona fide armchair detective – and now the show is returning for a second season to look at the curious case of Stephen Avery, who was convicted (perhaps wrongfully) of the murder of Teresa Halbach in 2005.

The second season of the popular crime documentary will focus on Avery’s new lawyer, Kathleen Zellner – someone who was overturned 17 wrongful conviction cases, and has been extremely vocal on social media about her taking on of the case.

“We are extremely grateful for the tremendous response to, and support of, the series,” said Laura Ricciardi and Moira Demos, the brains behind the series. “The viewers’ interest and attention has ensured that the story is not over, and we are fully committed to continuing to document events as they unfold.”

The first series of the show grabbed six Emmy nominations, and the second series – with the introduction of the zealous Zellner – is sure to grab headlines across the world, once again.

If you fancy yourself as a bit of a real-life Sherlock Holmes, grab a subscription to Real Crime magazine – now with up to 31% off.