As Andy Murray prepares for his semi-final against Swiss Stan Wawrinka, tennis legend John McEnroe is confident the British ace can overcome his poor record at the French Open and emulate the legendary Fred Perry once again... 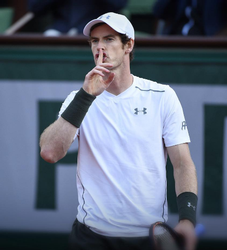 Tennis ace Andy Murray has had his campaign to be the first Brit since the legendary Fred Perry to win the French Open endorsed by seven-time major winner John McEnroe. Murray, who has lost in the semi-final of the competition three times already, will take on defending champion Stan Wawrinka from 2pm today.


“Maybe Andy’s best chance to win the French Open ever could be this year,” McEnroe told Sky Sports, “He has arguably been coming up against the three greatest guys who have ever lived – he has gotten a lot better and he can take pride in that.”


Murray, who in the last round came back brilliantly to defeat home favourite Richard Gasquet, will be aiming to achieve his third Major win after suffering the ignominy of losing in his first four final appearances.


“It’s going to be extremely tough,” said Murray of the upcoming match against Wawrinka, “Hopefully I can play my best tennis and try and reach my first final here.”


Murray is flexing his muscles on the July edition of Men’s Health Magazine, so to hear more from British best Tennis hopeful, grab a subscription now with up to 58% off.