Sir Tom Jones breaks down at Hay Festival as he reflects on 59 years of incredible marriage to beloved wife Linda.

He may have been well known for his many affairs, (he once boasted to having slept with 250 groupies a year in his heyday) but Sir Tom Jones insists he and wife Lady Linda, who passed away in April, had enjoyed “a solid marriage that nothing could shake”.

Appearing at the Hay-on-Wye literary festival in Wales, the veteran crooner discussed his new autobiography Over the Top and Back and reflected on his 59 year marriage to Linda, whom he married when they were both 16. In an emotional interview the 75-year-old revealed that losing his wife was "the hardest thing I’ve ever done in my life," going on to say that he had been in the Philippines when the call came explaining that his wife had a very aggressive form of terminal cancer and only a week left to live. 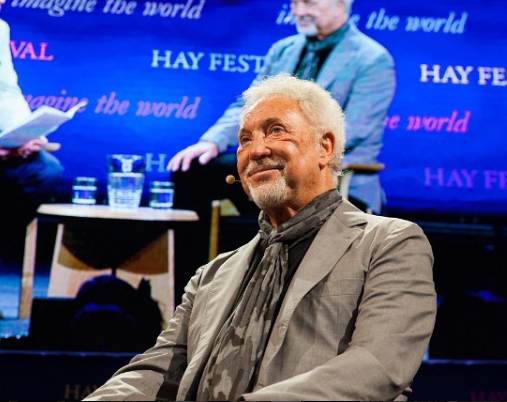 “I felt very lucky to have fallen in love at an early age. We were teenagers. We fell in love, not just in lust. A lot of teenagers fall in lust and then it doesn’t last. But we knew this thing was forever, for as long as we would be alive. That’s how strong the marriage was,” he added.

Over the years the What’s New Pussycat singer is said to have had affairs with women including Mary Wilson, from the Supremes, Marjorie Wallace, the 1973 Miss World, and model Katherine Berkery, with whom it was revealed he had fathered an illegitimate child. Despite this, Jones insists his marriage had always remained strong and he never considered it would end, saying: “No. Never. Never crossed my mind; it didn’t cross her mind. It was solid. We had a solid marriage that nothing could shake and we both felt that.”