The 156 Most Influential Records Of All Time, In The New Issue!

In the new Q, out Tuesday 12 February, we reveal the most influential records of all time. Over the last few months, we’ve been polling our writers and a galaxy of musicians to find out which records would make the cut. As part of the feature, we travel back 40 years with Joy Division as the band’s remaining members tell Dorian Lynskey how they made their masterpiece debut. There are also extensive pieces on Bo Diddley, the man who created rock’n’roll’s very heartbeat, The Velvet Underground & Nico, we meet Green Gartside, the Scritti Politti leader and maker of the classic Cupid & Psyche 85, and we trace the story of So Solid Crew, the South London artists who changed the game with one track. 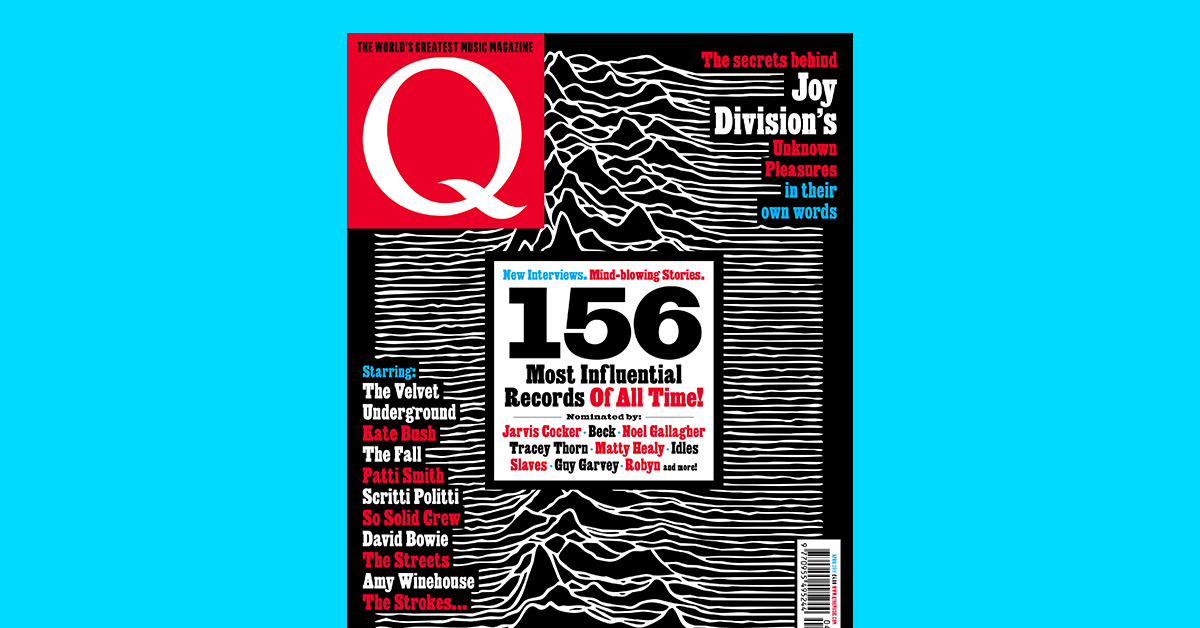 Also in the issue, Sylvia Patterson interviews Sigrid and hears how Norway’s finest pop export since A-ha won’t be typecast. Vampire Weekend’s Ezra Koenig tells Niall Doherty about his band’s return, there’s a Fat White Family report from the studio and we head out to lunch with rising London rapper Little Simz. Frank Turner is the subject of this issue’s Cash For Questions, spilling the beans on a pair of ill-advised hot pants amongst his merchandise products, and Jenny Lewis shares her 10 Commandments for living. Chvrches’ Lauren Mayberry has the final say in Last Word, outlining the importance of a good mattress.

In the Q Review, we go backstage at The 1975’s triumphant London gig and speak to Matty Healy about the spectacular stage show, and run the rule over new albums from Foals, Sleaford Mods, Julia Jacklin and Hozier. All this and more, in the new issue of Q, out on Tuesday 12 February.

Subscribe with isubscribe today and save up to 28% off the cover price!