No New Songs Set To Chart This Week

As the winter weather makes a mockery of our summer, the post-Christmas phenomenon of no new songs entering the charts will unexpectedly happen this week - and it seems that streaming is to blame... 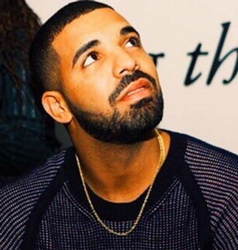 This week, there will be no new entries whatsoever in the Top 40 singles chart. Since streaming was introduced in June 2014, the number of new entries has been declining, but the lack of any new chart entries is more usually seen in the week after Christmas, rather than halfway through summer.

Despite the fact that a host of top musicians, including Years and Years, Biffy Clyro and Fergie, have released new singles this week, as they are free downloads they will not count in the eyes of the Official Charts Company.

The news that no new songs will be challenging for chart supremacy is great for Drake, with the rapper's collaboration 'One Dance' with Wiz Khalifa and Kyla reaching the record milestone of 12 weeks at No. 1.

The song has now surpassed Rihanna's 'Umbrella' as the millenium's longest-running chart topper, and matches the musical feat once acheieved by Wet Wet Wet and Bryan Adams.

The midweek charts have also offered up a slight anomaly, with Blink-182’s latest album ‘California’ on course for their first ever UK No. 1 album – but having only sold 17,000 copies, which in itself is more than the rest of the Top Three combined.

If you prefer a time when the Charts were still going strong, grab a subscription to Classic Rock magazine - now with up to 82% off.