This autumn Somerset House is set to hold the spectacular European premier of Björk Digital, a virtual exhibition of digital and video works, resulting from the Icelandic singer’s collaborations with visual artists across the world. The exhibition will also coincide with a one off UK performance at the Royal Albert Hall on the 21st of September… 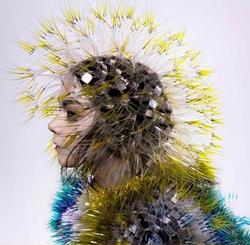 The show will include never-before-seen work by Björk, celebrating how she constantly pushes the boundaries between music, art and technology. From Björk’s latest multimedia app Biophilia that combines music, nature and technology, to a video documenting her 24-year collaborative film projects, this exhibition will be an immersive experience like no other.

Björk is also offering visitors the chance to connect with her music through virtual reality (VR) technology. In a collaboration with Jen-Hsun Huang, on Stonmilker VR, viewers are transported via their virtual reality headsets to a remote beach in Iceland, to experience an intimate performance. Other VR collaborative works include footage from inside the avant-garde singer’s mouth, and the surreal transformations of Björk as a ‘moth giantess’.

The show has already had previous incarnations in Sydney and Tokyo, but this show will be unique. The director of Somerset House, Jonathan Reekie has said that the final vision of each show is different due to Björk’s very intimate involvement with the show. 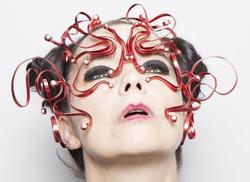 “The older I get the more I understand what is special about how we experience music,” She said to the Guardian, “It’s either one on one, or thousands of people at a festival where you lose yourself. It’s not intellectual, it’s impulsive. Virtual reality is a natural continuity of that. It has a lot of intimacy. As a musician, to be intimate is really important. If you want to express certain details, it’s an opportunity to do that.” 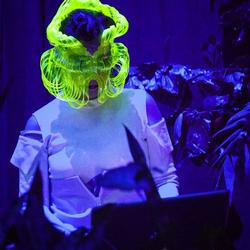 You can visit Björk Digital at Somerset House 1 September-23 October.

For more information on Björk's music or the soon to come exhibition subscribe to the Rolling Stone Magazine.