Kookie magazine launched in 2017. As the co-founder, what was the driving force behind creating Kookie?

As the parent of two daughters, I was frustrated when I couldn’t find a magazine that really reflected their interests at this age. There are plenty of magazines for girls that focus on shopping and celebrity, but that wasn’t what they (or I) were looking for. At the same time, I was reading reports in the press (particularly those commissioned by Girl Guiding) which showed how girls’ confidence plummets as they move into their teenage years. I began to think how a magazine for pre-teen girls that builds their confidence and resilience by championing female role models and celebrating girls’ achievements, both large and small, would be a positive pushback against the media onslaught that young girls face today.

So, Nicky Shortridge (the magazine’s co-founder and editor of our Australian edition) and I set about creating a magazine that was positive, exciting and fun, which addressed a range of topics — from STEM to sports and everything in between — and respected young girls as the unique, powerful individuals that they are. 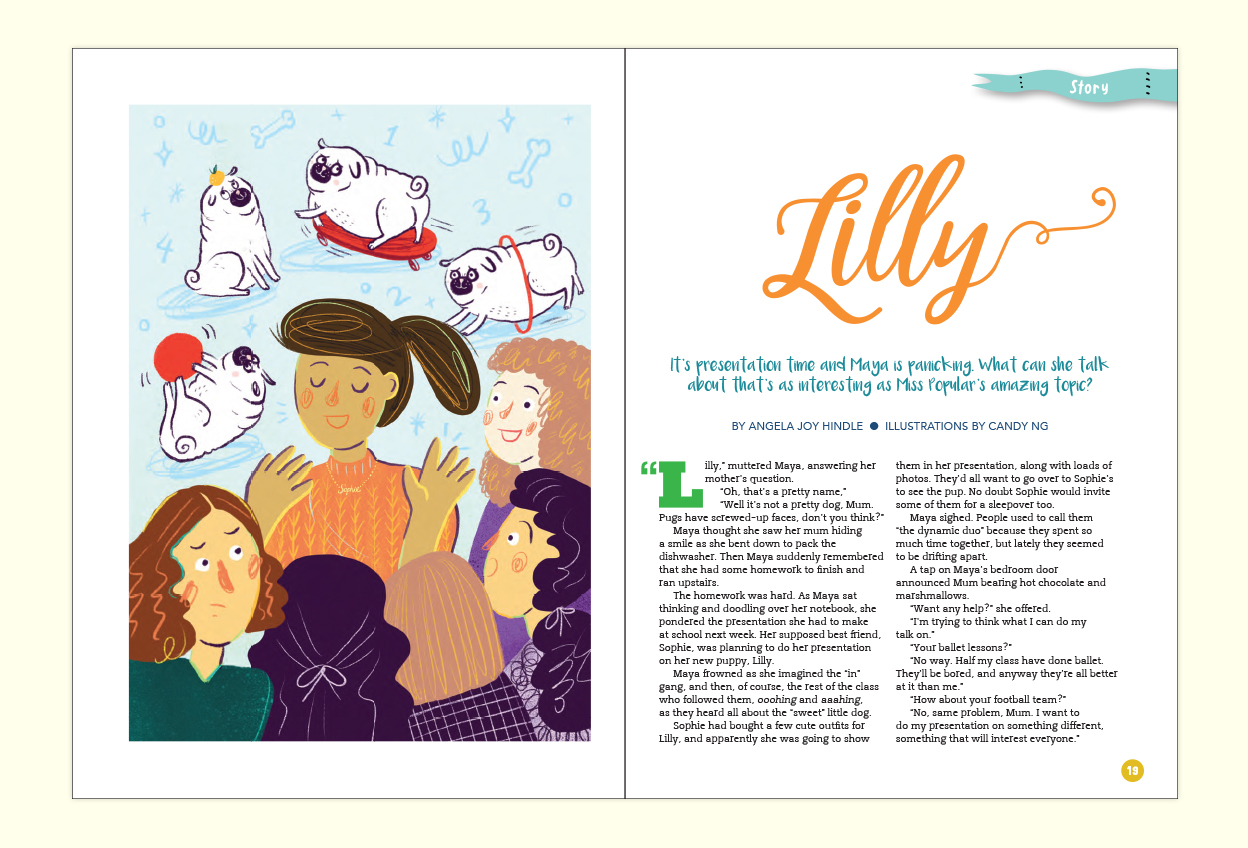 Kookie is aimed at girls 7-12, how does the magazine engage with pre-teens?

We decided early on that we wanted to give girls a voice in the magazine and include them in its production, so they contribute enormously: as interviewers, reviewers and artists, and through our debate and environmental features, which encourage readers to write in and tell us their opinion on a range of subjects. Topics range from whether kids should have mobile phones to asking if girls and boys can be BFFs (the answer was overwhelmingly YES!), as well as wider issues such as plastic in the ocean and food waste, which we tackle in issue 7 (out in June).

One of the great things about readers of this age is that they love to physically interact with a print magazine — pulling out posters, filling in quizzes and colouring in pictures — so we have plenty of that kind of fun stuff, too.

Apart from the fact that we don’t carry any advertising, fashion or beauty content (and there are no plastic giveaways on the cover), what makes us different is the quality of our content. We have 54 pages packed with things to do, to learn, to make, to read, to colour, to consider… Everything in the magazine — including original fiction and comics — is created by our team of women writers, illustrators, makers and photographers. And last but not least, our covers always feature our lovely readers! 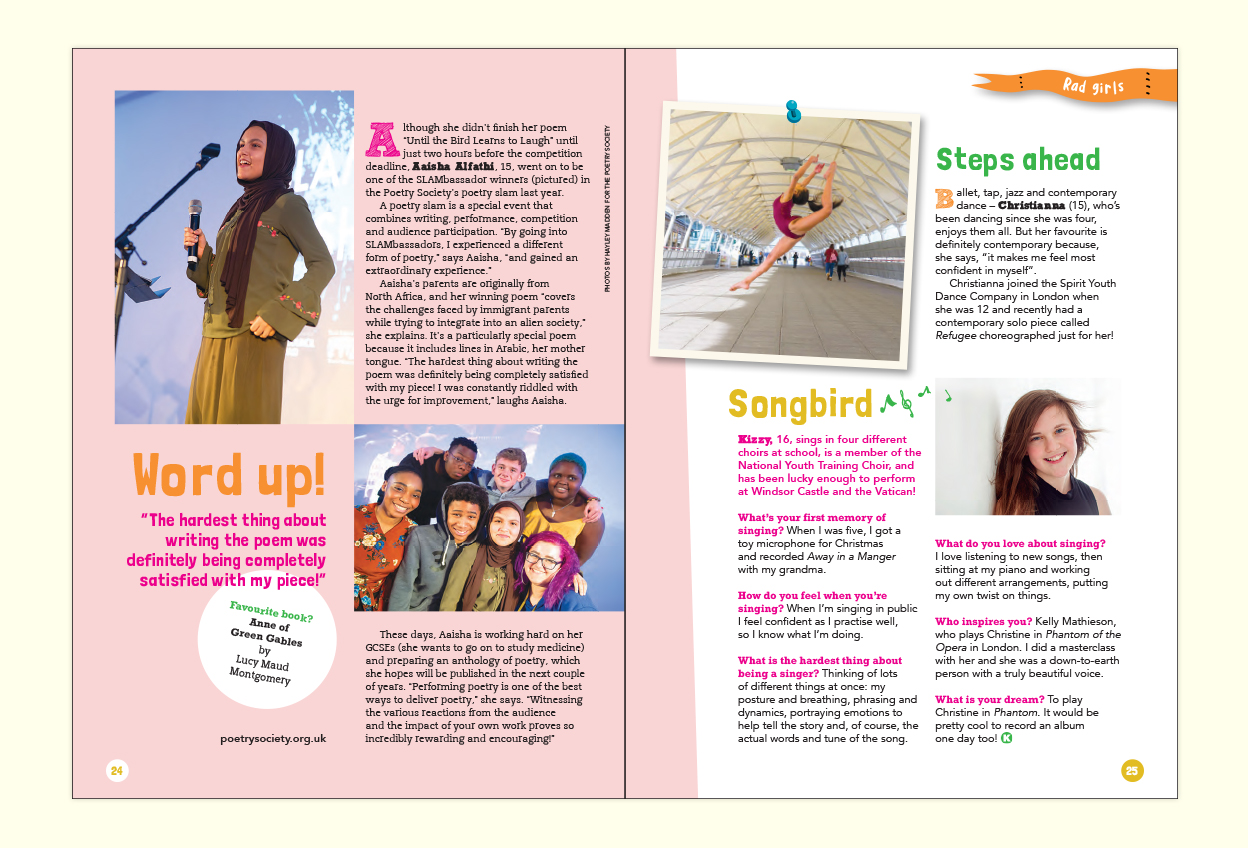 Kookie was awarded ‘Launch of the Year’ by the British Society of Magazine Editors in 2018, congratulations! What feedback have you received from readers and parents since you launched?

Thank you. It really was amazing to beat out some stiff competition and be recognised by our peers with such a prestigious award. The feedback we get from readers and parents has been incredible and truly one of the most rewarding aspects of creating the magazine, from the reader who said she loved the magazine because it shows “girls what they CAN be, not what they SHOULD be” to all the parents who write and tell us how they wish they’d had a magazine like Kookie when they were growing up.


Kookie features inspiring role models, who have you included in previous issues?

We’ve been so lucky to have our readers meet and interview some amazing women, including the wonderful Dame Darcey Bussell, Anne-Marie Imafidon, who founded the award-winning STEMettes, Jessica Watson, who sailed solo around the world at the age of 16, writer Liz Pichon of Tom Gates fame, the adventurer Anna McNuff, Liz Bonnin, the environmentalist and BBC TV presenter, and the World Cup winning cricketer Anya Shrubsole. We’ve also profiled many passionate girls doing their thing in music, dance, business, sports and science. 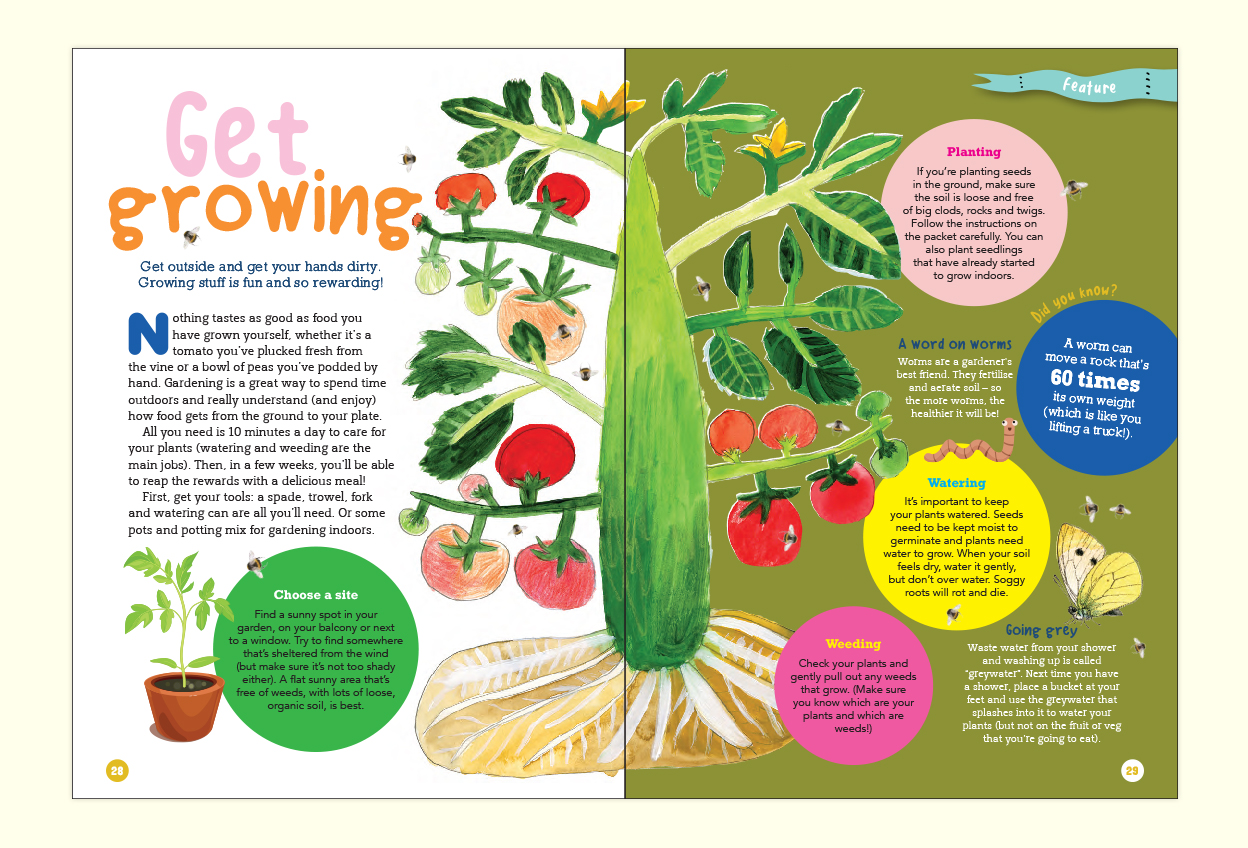 Regular sections include ‘Debate’ ‘Change It’, and a problem page ‘Ask Cathy.’ What is discussed here and why is talking about personal and world challenges so important?

These sections are the heart of the magazine because they really reflect our readers’ voices. Debate tackles age-appropriate issues, such as whether school start later or should kids should have homework, while Change It encourages kids to write in with their solutions to some pretty pressing global issues, from the decline in bee populations to the problem of water scarcity and the climate crisis. The intent is to engage kids and give them a sense of agency, so they feel a valued part of the solution in tackling these problems. Ask Cathy is a much-loved problem page written by a trained counsellor and mindfulness teacher (and parent) which proves a safe space for kids to ask for advice working through personal challenges in their lives.

Subscribe to KOOKIE this week for the lower price of £22 for 12 months!

Baby Bookworms: The benefits of reading to toddlers
How To Bring The World To Your Child
Five Ways To Make Learning Fun