Robert Pattinson's recent announcement that he's making a foray into the fashion industry isn't all that it seems...

When word broke that Twilight hearthrob Robert Pattinson would apparently be trying his hand at fashion designing, the world (or more spefically the internet) reacted with delight at this somehwat left-field move. 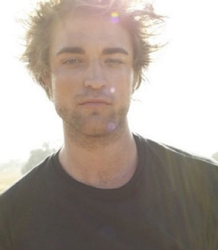 Was R-Patz attempting to gain a foothold in the celebrity-cum-fashion-designer industry? Will we see future fashion shows with Robert and Kanye strutting their stuff and showing off their wares? Well, not really. Pattinson has recently told GQ magazine, availble now with 38% off, that fashion is more of a hobby than a definite career move.

"My style is influenced by the cities I go to, sourcing fabrics and local skills,” he explained. “In Los Angeles, it's really easy to work with denim and do workwear inspired clothes. In England, I look more towards wool and knitwear. What I do is pretty multifaceted, clothes for men and for women, things that I make with friends… But I'm not going into too much detail.”

For Pattinson, it may be more a question of time than anything else - with three new films set to come out and his recent gig as the face of Dior Homme, R-Patz may well be a little snowed under at the moment.

Time will tell whether he'll one day be able to hit the runway with some unique designs, but for now Pattinson is content to just spend his evenings badgering away with a sewing machine for nobody's benefit except his own.