As the beautiful Bella Hadid makes her fist appearance at the spectacular Victoria's Secret show, we look back on the the supermodel's most iconic magazine covers of the past year....

As this year’s most highly anticipated modelling show took to the runway, all eyes were on Victoria's Secret newcomer Bella Hadid. The younger sister of model Gigi made her debut as an angel yesterday evening, for the Victoria Secret show. She was accompanied by older sister Gigi and best friend Kendall Jenner as they joined ranks with other Angels in a parade of the world’s most wanted supermodels. To celebrate Bella's modelling accomplishments, we’ve taken a look back at her most iconic magazine covers of 2016...


With not one, not two, but five Vogue covers under her belt, Bella is fast on her way to supermodel stardom. Bella rocked an iconic 80s hairstyle, whilst striking a seductive pose on her first ever Vogue cover for the Turkish edition of the magazine in May this year. 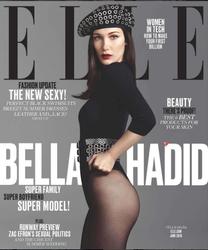 Wearing an eye catching body suit, and timeless beret, Bella channeled the style and grace of the French Riviera while owning the cover of ELLE magazine in June. ELLE even went so far as to dub her the ‘It’ girl of the moment, and with this stunning cover it's easy to see why.


Bella took to the cover of GQ’s 19th Annual Men of The Year Awards Issue in October this year, rocking a classsic LBD and flawless makeup. She was also announced as Hugo Boss’s ‘Model of the Year’, adding to the string of achievements under her belt. 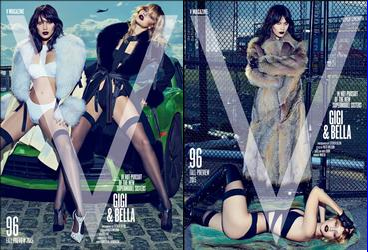 One of the most iconic covers from this year featured the formidable Hadid sisters, fearlessly posing for V magazine. Wearing fabolous fur coats (with very little else!), the stunning duo stripped down for two jaw-dropping covers for the Fall Preview 96 issue, which was shot by star designer and God of Fashion, Karl Lagerfeld. 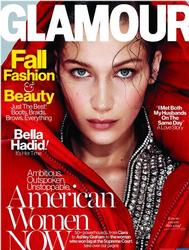 Staring hauntingly out from the cover of Glamour UK’s September issue, Bella’s power as a super force is undeniable. Giving her older sister Gigi some serious editorial competition, Bella has proven time after time she is a supermodel not to be messed with.

If you want to see more of bona fide beauty Bella Hadid, grab a subscription to Vogue - and save up to 38%.