ELLE UK has given the power to the people in a competition that saw readers choose their favourite cover shot for use on the magazine's August issue...

ELLE UK recently celebrated it's readers with a competition that saw subscribers choose their favourite magazine cover featuring four of the biggest catwalk models currently featuring in the autumn and winter advertising campaigns.

The chosen cover, starring Ysaunny Brito, Bhumika Arora, Sofie Hemmet and Maggie Jablonski, will also be the first ever group of models to front an edition of ELLE, and will be on sale from July 2nd. 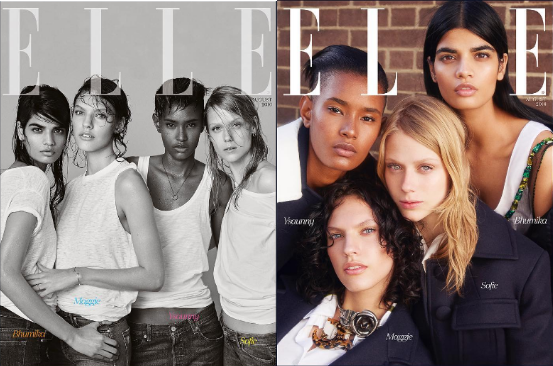 "As the focus is on the new and the now, we want to put our lovely, loyal ELLE readers in the picture too, by turning you into editors," the press release stated, adding that the choice of cover image was "one of the most important decisions an editor will ever have to make."

To see which  cover the good readers chose, grab a subscription to ELLE UK - now with up to 35% off.