Matt Le Blanc has been revealing a few things about the upcoming series of Top Gear – including that the show feels ‘more collaborative’ without Chris Evans at the helm, and that he only read about the latter’s sudden departure after reading about it in the media.

“Everything was going along smoothly and then…all those stories in the press came out about him and he seemed a little stressed about it all,” the former Friends star told The Radio Times. “The next thing I knew he had resigned. I didn’t know. I was a little surprised.” 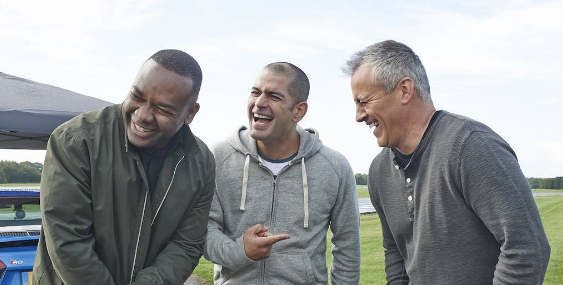 Le Blanc also mentioned that he had not spoken to Evans since the his resignation - adding that it was Evan's "choice" the two had not been in contact.

Evans quit after just one season of the motoring show’s long-awaited reboot after a barrage of criticism from critics and audiences alike. It leaves Le Blanc to soldier on with co-host Rory Reid and Chris Harris, but the affable American has also come in for his own share of flak from fans yearning for the glory days of Clarkson, Hammond and May.

“I read some things on social media like: ‘Go home Yank’, ‘You Suck’, ‘Eff you’, ‘Eff this’, ‘Eff that’,” he reveals. “They’re like armchair quarterbacks out there. But as a production team we are interested in moving the show forward.”

If you want to see more of Matt's interview, grab a subscription to the Radio Times - and save up to 39% off today.