Michelle Rodriguez, five-time star of the cars and carnage blockbuster Fast and the Furious franchise, has threatened to quit the series if the next film doesn’t “show some love” to the film’s female characters. 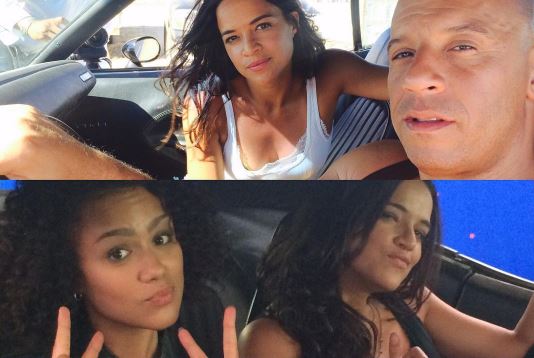 Writing on Instagram, Rodriguez, who has played Letty Ortiz since 2001, wrote: F8 is out digitally today, I hope they decide to show some love to the women of the franchise on the next one. Or I just might have to say goodbye to a loved franchise.

“It’s been a good ride & I’m grateful for the opportunity the fans & studio have provided over the years.”

The latest film in the franchise, titled Fast and Furious 8 or The Fate of the Furious featured Charlize Theron and Helen Mirren in prominent roles, but Rodriguez’s Ortiz and some of the more longstanding female leads lost screen time. The focus shifted to macho male stars Vin Diesel and Dwayne Johnson instead.

Fast and Furious 8 grossed a total $1.24 billion in the global box office with two more additions to the franchise slated for 2019 and 2021. However, the loss of Rodriguez after 16 years of involvement may well prove a blow to the franchise’s female fan-base and beyond.

For more on the latest in Hollywood happenings, grab a subscription to Total Film – and save up to 18% off today.

Gillian Anderson for 'Jane' Bond?
Peter Capaldi To Step Down As The Doctor
Father’s Day Gifts For a Fiver