A group of hikers scaling Wicklow Mountain in Ireland reached the summit, only to find the Hacksaw Ridge director and Lethal Weapon legend taking in a leisurely hill-top stroll…

If you’re climbing an Irish mountain, you might count yourself lucky to find a goat, or a cracking sunset, awaiting your arrival at the summit. For a group of lucky hikers, however, what greeted them at the top of Wicklow Mountain was none other than Hollywood legend, Mel Gibson, sporting a quite impressive amount of facial hair. 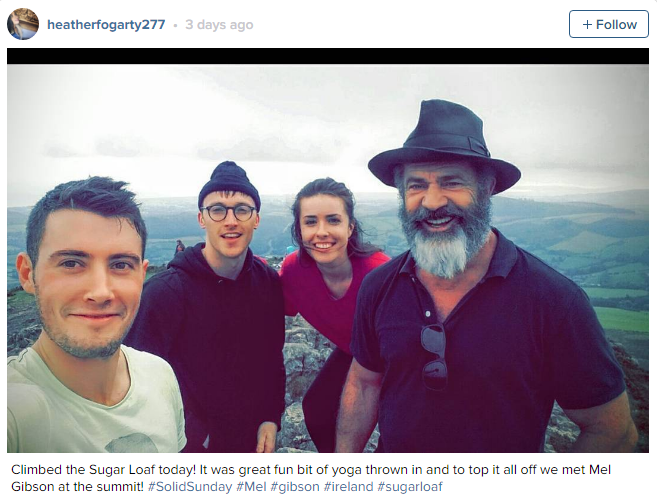 Mel’s Irish excursion appears to be due to the fact that he is in the Emerald Isle filming for The Professor and the Madman with fellow controversial cinematic star, Sean Penn.

The film is an adaptation of a book about the professor who compiled the first Oxford English dictionary - and who received thousands of entries from a man in an insane asylum.

The 60-year-old has also just finished directing Hacksaw Ridge – a WW2 epic that is rumoured to be already gathering pace as an Oscar favourite.  Starring Andrew Garfield, the film is set to be released in early November, and marks Gibson’s return to the Hollywood fold after five years away.

If you want to catch up on all the latest films Tinseltown has to offer, grab a subscription to Total Film - now with up to 38% off.

19 Years Later: Harry Potter Fans Celebrate Important Date
Peter Capaldi To Step Down As The Doctor
Are You Ready For The Love Actually Sequel?