Idris Elba is a man who never seems to be without work for very long. Fresh from his latest role as the voice of Shere Khan in Disney’s live-action remake of Rudyard Kipling’s The Jungle Book, and with his name ever-present in the hypothetical hat for the iconic role of James Bond when Daniel Craig finally steps aside, Elba has revealed a surprising item on his career bucket list: performing in a musical. 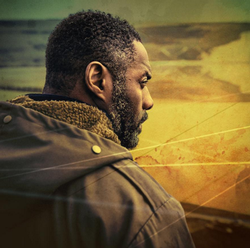 The London-born actor, who made his name as Stringer Bell in The Wire, and then as the namesake DCI in the BBC flagship crime drama Luther, told NME that he would “like to explore” the possibility of starring in a West End or Broadway hit, but doesn’t know if he’s “got the chops to sing.”

Elba, who recently won his first BAFTA for his performance in Luther, is no stranger to music. As well as being a DJ in his spare time, the 43-year-old has also released a concept album about his crime-fighting alter ego, entitled Murdah Loves John, and recently announced that he has worked with Fatboy Slim on a musical collaboration to coincide with the release of his latest cinematic thriller, Bastille Day.

A move into the world of musical theatre may well be a step away from the gritty noir of Elba’s most recognisable projects, but all the same, if anyone can make the transition from action hero to the venerable boards of the West End stage, it’s the increasingly versatile Elba.

For more information on the theatrical comings and goings in the country, grab a subscription to UK Theatre Magazine – now with 12% off.