After the spellbinding success of The Cursed Child, JK Rowling has announced her intentions to release a new set of Harry Potter stories that delve deeper into the wondrous wizarding world of Hogwarts… 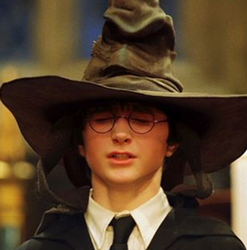 Get your pointy hats on, and your wands back out – JK Rowling is readying a trio of Harry Potter prequel stories for release on September 8th.

The first collection of wizarding tales will apparently focus on “the nooks and crannies” of Hogwarts – from the back stories of its host of ghostly residents, to the secrets of the Sorting Hat.

The ‘Short Stories of Hogwarts’ will look at the shadowy side of Rowling’s magical world – from the Azkaban prison to an original piece on Horace Slughorn – and the histories of some of Hogwarts popular teaching staff, including the sharp-tongued shape-shifter Minerva McGonagall.

The news comes just weeks after the much-publicised premiere of Harry Potter and the Cursed Child, which followed a successful run on stage with a published script that sold over 3 million copies in it's first week alone.

If you’re a Muggle looking to give your life a little more magic, grab a subscription to Spirit & Destiny magazine…