Eurovision Hopefuls Get Ready for Final

Despite Westlife’s Nicky Byrne crashing spectacularly out of the competition last night in the second semi-final, 26 other hopeful Eurovision entrants will vie for a chance to bring glory to their home nation tonight in the 61st instalment of the annual competition. 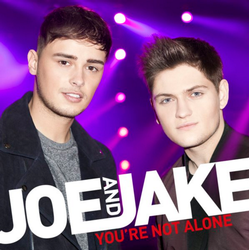 The UK’s entry, pop duo Joe and Jake, will be up against a plethora of other singers, dancers and fashionably clothed individuals in their quest to be the first group to bring the coveted trophy back to Blighty since Katrina and the Waves in 1997.

This year’s contest will also be the first since the untimely passing of Sir Terry Wogan in late January:

“Terry Wogan will be always be associated with Eurovision,” said his successor to the commentary box, Graham Norton, “He took a role that really wasn’t a role at all and he totally transformed it into the job it is today. I think this year will be bittersweet because we will all be thinking of Terry and I am sure I will say a few words about him as the night goes on.”

You can follow all of the Eurovision action on BBC One at 8pm tomorrow night, and the entire competition will be live-streamed on YouTube.

If you’re thinking of taking a trip around Europe, grab a subscription to Which? Travel magazine.

Images from @joeandjakemusic and @eurovision