When the legendary David Bowie passed in January 2016, a huge shockwave ran across the world at the untimely death of a man who had changed the landscape of pop music and culture for ever. Now, fans of The Thin White Duke can commemorate the star’s 70th birthday which would have been on Sunday 8th.

Launching that day, the two hour walking tour will take in various notable Bowie landmarks across the capital, including his childhood home in Brixton, his primary school, and James Cochran’s famous mural to the star which became a site for fans from across the world to visit in the wake of his death. It will also feature performances of some of the icon’s most popular tracks, including ‘Starman’, ‘Heroes’ and ‘Life on Mars’. 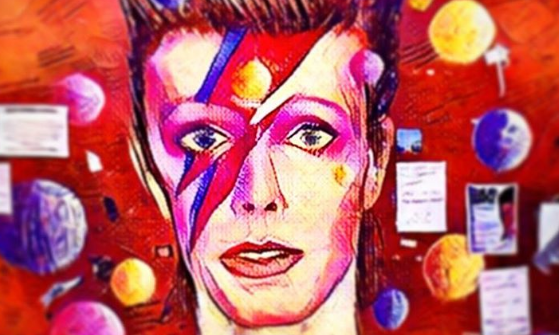 “I hope people will come along and enjoy the experience together by singing some of his wonderful songs or just by soaking up the rich culture of Brixton,” Nick Stephenson, the Founder of Bowie Tour London, said. “Whether they are massive fans or just want to learn more about the great man and his home town.”

Alongside this, a special tribute concert to Bowie will take place at Brixton Academy on Sunday, led by friend and actor Gary Oldman and over 30 other musicians that collaborated with Bowie throughout his illustrious career.

And, if you’re a fan of Bowie and the acts that shape pop music throughout the generations, grab a subscription to Q - and save up to 32% off.