The British Soap Awards are looking for you to vote for your favourite actor, actress and soap at the prestigious ceremony… 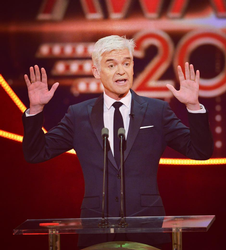 Just when everyone was waiting for a vote of massive proportions sometime in June, up pops the British Soap Awards 2017. ITV have confirmed that the ceremony will take place on Saturday 3 June this year, and voting is now open to decide which soaps, stars and scenes make it onto this year’s shortlist.

Three of the accolades - Best Actor, Actress and Soap - will be voted for by you, and the longlists for each category have been revealed on the event’s official website. The other 10 categories - which include Best Newcomer, Villain Of The Year, Best Young Actor and Scene Of The Year - will be decided upon by a panel of expert judges.

Stars including Emmerdale’s Danny Miller and John Middleton, Eastenders’ Danny Dyer and Scott Maslen, and Corrie’s Jack P Shepherd and Simon Gregson are competing for Best Actor, whilst Enders’ June Brown, Lacey Turner and Diane Parish are taking on Corrie’s Kym Marsh and Jane Danson, among others, for the coveted Best Actress prize.

‘Hollyoaks’, ‘Coronation Street’, ‘EastEnders’, ‘Emmerdale’ and ‘Doctors’ will battle it out for the Best Soap accolade – and the entire ceremony will even be screened live for the very first time on ITV.

To have your say in the most important vote this summer, head here – and to stay up to date with all the goings-on in soap-world, grab a subscription to TV Times today.