Here’s everything you need to know about the hit show’s latest incarnation: Cult.

Nothing heralds the start of Autumn like the return of all our favourite TV shows, and bringing the fear factor in the lead-up to Halloween we have Ryan Murphy’s American Horror Story: Cult - which will debut tonight in the U.S and on Friday September 8 in the UK on FOX.

Never one to shy from satire, Cult will revolve around Donald Trump’s presidential victory and the fractured state of the union in America. It tells the tale of a lesbian couple, Ally and Ivy, who have a young son, and whose lives begin to unravel on the announcement of Trump’s presidency. 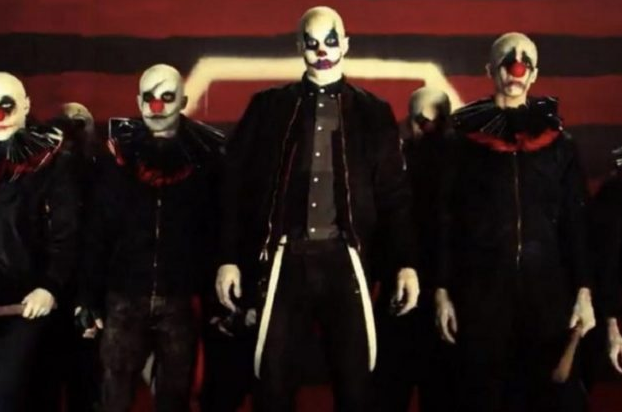 Handily, one of Ally’s biggest syndromes is Coulrophobia (a fear of clowns) which allows for fan favourite Twisty The Clown (last seen in AHS: Freak Show) to make a triumphant, albeit terrifying return.