Royal Life Magazine presents moving tribute to the People’s Princess upon the 20th Anniversary of her passing.

It was a tragedy that left an entire country mourning, when on 31 August 1997, Diana, Princess of Wales, died as a result of injuries sustained in a car crash in the Pont de l’Alma road tunnel in Paris. But her legacy lives on, in the many worthy charities she supported, and her two sons, Prince William and Prince Harry.

The 20th anniversary of the death of Diana, Princess of Wales, is to be marked by a year-long celebration of her qualities of kindness, compassion and service. Earl Spencer, Diana’s brother, will be involved in the events honouring his sister’s legacy, and a statue of Princess Diana has been commissioned by the Duke of Cambridge and Prince Harry. The sculpture will be erected in the public grounds of her former residence, Kensington Palace.

Also involved in these commemorations is Royal Life magazine, who have published a very special edition entirely dedicated to Diana’s memory. 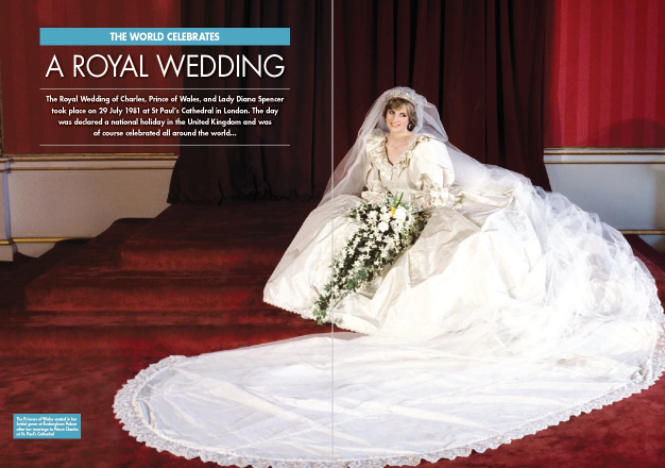 Tracing her early life as Diana Spencer, and her childhood in Norfolk to her fairytale romance with Prince Charles that culminated in their spectacular wedding at St Paul’s Cathedral and the birth of sons. The issue also looks at Diana’s many charitable and humanitarian efforts, reports on the sad failure of her marriage, and reflects on a world in mourning at her unforgettable funeral service.

Illustrated throughout with lots of stunning photographs, Diana is a magazine that no Royal fan will want to miss, and a reminder of The People’s Princess that you will treasure forever.