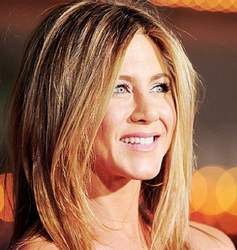 Ex-Friends actress Jennifer Aniston has hit back at the “objectification and scrutiny we put women through” in a scathing blog for Huffington Post, after being forced to deny the persisting rumour that she was pregnant.

Aniston, who has been married to actor and screenwriter Justin Theroux since last year, explained that her blog was a product of her not being on social media – but she had “grown tired of being part of this narrative”.

“Every day my husband and I are harassed by dozens of aggressive photographers staked outside our home who will go to shocking lengths to obtain any kind of photo,” she said, "The objectification and scrutiny we put women through is absurd and disturbing. The way I am portrayed by the media is simply a reflection of how we see and portray women in general, measured against some warped standard of beauty."

She continued: "I resent being made to feel 'less than' because my body is changing and/or I had a burger for lunch and was photographed from a weird angle and therefore deemed one of two things: 'pregnant' or 'fat'.”

Whilst Aniston admits that “tabloid practices, however dangerous, will not change, at least not any time soon” she is hopeful that by speaking out she can seek to change our “awareness and reaction to the toxic messages buried withinthese seemingly harmless stories served up as truth”.

For a more insightful look into the celebrity world, grab a subscription to Psychologies magazine - now with up to 20% off.