This year’s Glastonbury Festival had already unveiled its three headline acts, with Radiohead, Foo Fighters and Ed Sheeran taking to the Pyramid Stage. And now, a whole raft of new acts have been announced for Glasto, which will take place between the 21st and 25th of June.

Taking the prestigious ‘Legends’ slot on Sunday afternoon is former Bee Gee Barry Gibb, whilst the festival appears to be catering for all tastes, from hard rock (Biffy Clyro, Royal Blood) to grime (Wiley, Stormzy) and everything else (Craig David). 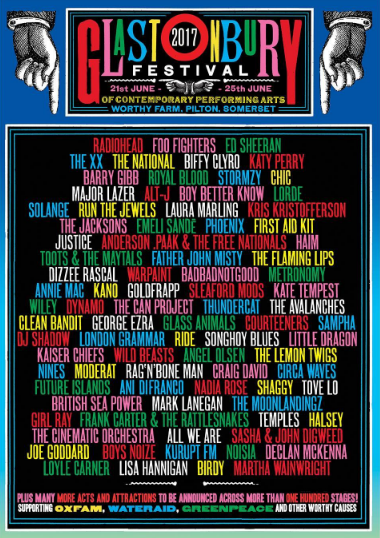 More acts and attractions are expected to be announced in the coming days, and if you want to catch up with more goings on, grab a subscirption to Mojo - and save up to 20% off today.

Q- Most influential records Issue!
Guess Who’s Back, Back Again?
Best Of The Brits