The rock legend is set to make his first ever appearance on the Yorkshire Coast alongside fellow world-renowned musical acts...

Canadian rock legend Bryan Adams will be playing Scarborough Open Air festival on August 8th, marking the first time the guitarist has ever appeared on the Yorkshire coast. 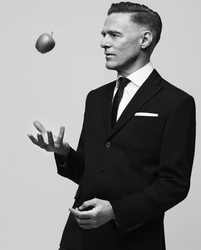 The 'Summer of 69' singer recently released his 13th studio album, Get Up, and will be joining the likes of Status Quo, Simply Red and Noel Gallagher's High Flying Birds on the bill. The appearance at Scarborough also marks the end of the singer's latest UK tour, which kicks off in Nottingham on April 28th.

Director Peter Taylor of promotors Cuffe and Taylor, who have organised the Scarborough appearance, said that “it is fantastic to be announcing that Bryan Adams is coming to Scarborough Open Air Theatre" adding that Adams "is without a doubt an international rock legend and to be able to secure an artist of his calibre for Scarborough and the wonderful Open Air Theatre is huge."

With the line ups for this summer's biggest musical offerings, such as Glastonbury Festival, being announced in the coming weeks, now is as good as time as ever to start your journey to rock stardom with your "first real six-string" and a subscription to Guitarist magazine - now with 14% off.