Best Of The Brits

Politics, stage glitches and tributes to George Michael, made 2017’s Brit Awards one to remember.

In a time of political unrest and tragic celebrity deaths, awards shows have become more about what was said and done over awards won, and this year’s Brit Awards were no exception. David Bowie won the biggest prizes, while The 1975, Little Mix and Beyoncé also took home the silver statuettes.

The award was clearly a form of vindication for the 1975, as they performed their hit song ‘The Sound’, against a backdrop of negative messages about themselves. As “unconvincing emo lyrics” and “terrible high pitched vocals” flashed up on the screen, some viewers at home thought the band had been hacked.

Some stage glitches WERE real however, as one poor dancer, who was dressed as a house, fell off the stage during Katy Perry’s politically charged performance. Belting out her latest number ‘Chained to the Rhythm’, Perry paraded her sea of paper houses along with two giant, Skeleton puppets which appeared to represent Donald trump and Theresa May. 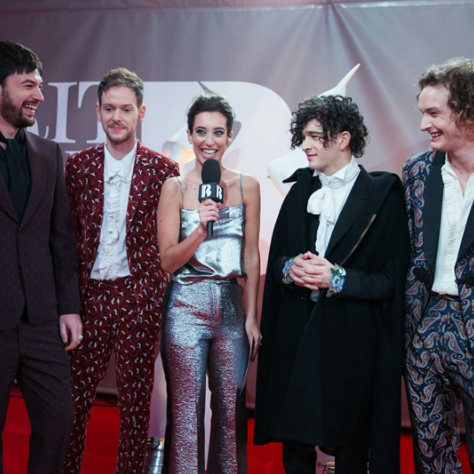 The most moving moment of the evening fell to the remaining members of Wham! who paid tribute to the band’s late frontman, George Michael. Andrew Ridgeley said "it felt like the sky had fallen in", when news of Michael's death broke, as singers Pepsi and Shirlie held back tears.

If you can’t resist the power of pop, subscribe to Billboard.