Record temperatures over last winter have created a slug surge that's got conservationists celebrating and gardeners readying their roundworms...

It’s a slightly sticky situation – welcomed by conservation experts but feared by the average member of the gardening community. The warm weather over the winter months in Britain has meant that the nation’s slug population have not been hibernating as expected, and now are experiencing a huge population boom. 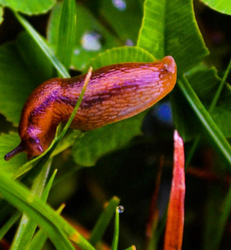 The record temperatures of around 7.9°C were the highest in December since 1910, and the Charity BugLife have now predicted the average British garden could be home to up to 20,000 slugs who are able to lay up to 200 eggs per cubic metre.

“With little snow and frost, many never went into hibernation,” explains BBC environment correspondent Claire Marshall, adding that the slimy critters “have been making the most of it - eating and breeding all through the winter months.”

Pippa Greenwood spoke to Radio 4’s Gardener’s Question Time about the encroaching problem, urging gardeners to use their spare time over the bank holiday weekend manually hunting for slugs.

As well as looking out “for the eggs as well as the slugs themselves,” Greenwood said that laying down roundworms that attack slugs but don’t damage any other flora or fauna may be another solution, adding that “you can buy several million roundworm at a time off the internet.”

For more information on how to deal with pesky pests and unwanted visitors to your garden, grab a subscription to Garden Answers magazine – now with 14% off.