Rio Stars to be Welcomed Home in Manchester

More than 150,000 people are expected to line the route as Team GB’s Olympian and Paralympian athletes celebrate their record-breaking achievements in this year’s Olympic and Paralympic Games in Rio.

Team GB won more medals at both games than they ever have done, with 67 medals being won at the Olympics, and 147 medals won at the Paralympics – two more and 27 more than last year’s competitions, respectively. 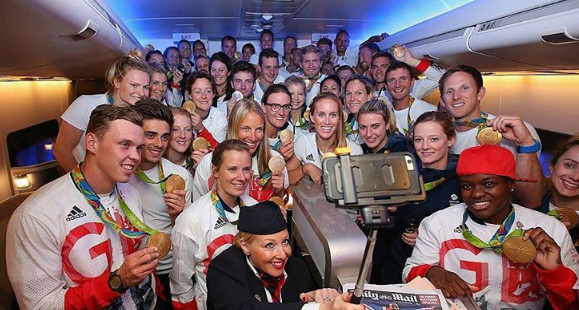 Manchester was chosen as many of the athletes have links to the city – either by living nearby or training in the city – and a separate event will take place in London’s Trafalgar Square on Tuesday 18th.

GB’s top star will be in attendance – including Jessica Ennis-Hill, who recently announced her retirement, Dame Sarah Storey, Max Whitlock and Ellie Simmonds – whilst singer Rebecca Ferguson will be providing entertainment at the route’s end.

If you have designs on an Olympic medal in the future, start now with a subscription to Runner's World - now with up to 49% off.

Top 5 Fitness magazines to guide you into the New Year!
Magazines For ‘Me Time’
New Hobbies to try for 2020