Images have been unearthed of the pop-star turned fashion designer, Victoria Beckham, in her first ever photoshoot at just fifteen...

The photos were featured in a prospectus for the London Academy of Health and Beauty, and show a young, frizzy haired Victoria. The fashion icon, who has perfected her signature pout over the last twenty years, looks completely different with a youthful beaming smile! She poses in the school’s uniform alongside other teenagers, demonstrating beauty treatments and training. 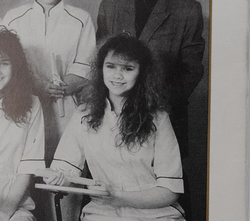 Around the time of the photos, Victoria was living with her parents in Hertfordshire, and had begun classes at a theatre school to chase her dreams of fame. 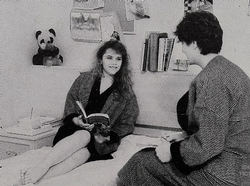 In March 1993, Victoria would audition for an advertisement found in The Stage which required girls who were ‘street smart, extrovert, ambitious and able to sing and dance’. She then joined the Spice Girls, and achieved her hopes of global fame with their first smash hit Wannabe.

Victoria has admitted that being in the Spice Girls helped her gain confidence and strength after being bullied at school as a teenager: 'I think what gave me confidence in myself was meeting the other girls. We always said we were all like rejects in our own way. We had to work hard, and they helped me accept me for who I was.'

Today, the polished star balances raising her four children and her successful fashion brand. She has come a long way from her first photoshoot, appearing on Vogue covers across the world.


If you don't want to miss Victoria's next Vogue cover, grab a subscription to Vogue and save up to 38%.

Images @victoriabeckham ©the London Academy of Health and Beauty

Would You Smear Snail on Your Wrinkles?
Eternal Youth: How to care for your skin at every age.
How Christmas Jumpers Became Cool Again