Meet the Editor of The Scots Magazine Robert Wight

As the editor of The Scots Magazine and an aficionado of all things North of the Border, Robert Wight is responsible for the oldest surviving magazine in history. There's no one better for the important role of deciding which Caledonian current affairs to report on, or explaining the differences between tatties, tartan and tripe... 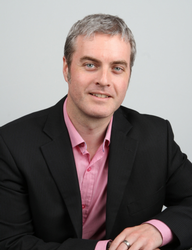 What is the best part of being the editor of The Scots Magazine?

The Scots Magazine is the oldest magazine still in production in the entire world. It was founded in 1739 – America was still a colony and Australia was unknown to Europeans. Sir Walter Scott wrote for the magazine, as did James Boswell and James Hogg. Robert Burns had at least one poem published in the magazine in his lifetime. For nearly 300 years, The Scots Magazine has covered the events that shaped the nation – most Scots in 1746 learned the outcome of the battle of Culloden from our pages. The magazine is part of Scotland's heritage. You can sometimes feel that weight of history over you. To have the job of "re-imagining" such an important publication for a contemporary readership is an enormous privilege.

Where is your favourite place to visit in Scotland?

There are so many fantastic places. I live in the Trossachs, an area of beautiful forests, lochs, glens and mountains in the heart of Scotland – but just an hour's drive from Glasgow and Edinburgh. As places go, it's pretty hard to beat.

If I were pushed though, I'd have to say my ultimate favourite place is Skye. I love climbing, so the island's Cuillin range is something of a paradise for me. As mountains go, there's no other place in the UK that comes close. I think I made six visits to the island last year, so yeah, I guess I quite like it there!

The scenery is wild and stunning – which is why you'll find it as the backdrop to Hollywood movies like last year's Macbeth or Ridley Scott's Prometheus. It has a rich history, amazing wildlife, a vibrant music scene and that "other-worldly" feel that's so peculiar to islands. The food and drink scene is incredible too – especially the seafood. In fact, with restaurants like The Three Chimneys, Kinloch Lodge and Ullinish Lodge, it has some of the best places to dine of anywhere.

How did you celebrate the most recent Burns night?

As The Scots Mag editor I do tend to get invited to rather a lot of Burns Suppers! Somewhat boringly however, this year I opted to stay at home. I did have haggis, neeps and tatties though, washed down with a wee dram. January 25 just wouldn't feel right otherwise…

Your cover images are often stunning photographs showcasing Scotland, How do you decide what goes on the cover?

It's got to have shelf presence and it's got to showcase the best of Scotland. It's important to avoid cliches – you know, the old tartan shortbread tin image. Often we'll take an iconic Scottish landmark or area and present it in a new way, or from a different perspective – it's like looking at it through fresh eyes. I want our covers to inspire readers. I want them to look at them and think "I want to be there!"

What are the challenges of being a magazine editor?

Probably the biggest challenge personally is having to hand over jobs I really want to do to other people! The 'business' side of being an editor takes a lot of my time but I try to write something every month. I can put in lot of groundwork negotiating time with someone I'd love to interview, or arranging features on subjects I'd really like to write about… and then I have to hand them over to someone else.

Your magazine covers a huge range of topics from food to nature, how do you and your team keep on top of what's hot in Scottish culture?

Scotland's such a vibrant, exciting place and there's always so much going on. It's more a case of choosing what to leave out. Our entire team is hugely passionate about Scotland and what we do at The Scots Magazine. We all "live the brand", as it were.  I like our team to be out doing the stuff we write about and engaging with readers. Whether it’s literature or music festivals, concerts, galleries, museums, outdoor adventures, wildlife spotting, or conservation projects – you'll find at least one of our team who's really into it.

We've always showcased all that's great about our fantastic country – from the vibrant city scene and the great outdoors, to our fascinating history and the personalities who shape Scotland today – that will always our commitment to readers. As for why subscribe? Why wouldn't you subscribe!?  It's the best way of making sure you never miss an issue of our amazing magazine. Plus we've some very attractive subscription rates…


For more information on all things Caledonian, check out www.thescotsmagazine.com, or grab a subscription to The Scots Magazine, now with 31% off