Bouncing back from her recent relationship troubles, Hollywood star Drew Barrymore graces the cover of Marie Claire to talk about fame, friendships and her own fabulous fragance, Flower... 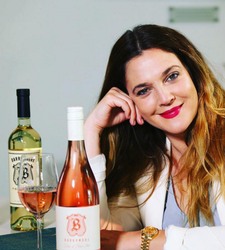 She made her breakthrough as a seven-year-old in a Spielberg classic, spent her teenage years establishing a shaky relationship with fame which ended in several stints in rehab, and now Hollywood star Drew Barrymore is coming to Marie Claire to discuss her newest incarnation as a responsible adult and business entrepreneur.

As well as having a rich heritage of films – including E.T, Donnie Darko and Blended – to her name, Drew is now focussing on her commercial projects: her Flower cosmetic range and Barrymore wines.

“Time have shifted to a really empowering platform of: ‘I 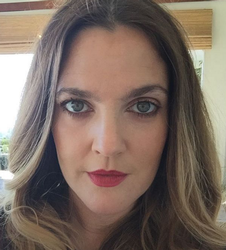 can do things that I’m very much interested in, for myself, for other people, in the way I want to do it’,” the 41-year-old tells Marie Claire.

What makes Drew’s projects stand out from the crowd of celebrities and their commercial creations?

“There’s a very real difference between name-slapping and people saying, ‘I have an opportunity because of my job, I’m going to run with it – and by running with it I’m going to give an infinite per cent of myself to it.”

Barrymore - who recently announced her divorce from husband of four years Will Kopelman - will also be discussing fame and fortune, friends, making an effort and her perfect twenty-four hours in the interview, which is on sale now.