It’s the most famous yellow submarine in the UK right now, despite that Beatles song. Boaty McBoatface – the name chosen by the public to adorn the £200 million polar research vessel eventually called the RRS Sir David Attenborough – is preparing to head out on its maiden voyage aboard the current working ship, the RRS James Clark Ross, from its current station in Chile to the depths of the Antarctic sea.

This Boaty is just one of a trio of submersibles, who have their equipment changed depending on the research they will be undertaking. Boaty McBoatface will be deployed in the Orkney Passage – a 3,500 metre deep gap in the northwest of the Antarctic Peninsula – in order to observe the conditions inside and develop a complete 3D picture of what’s going on inside the passage. 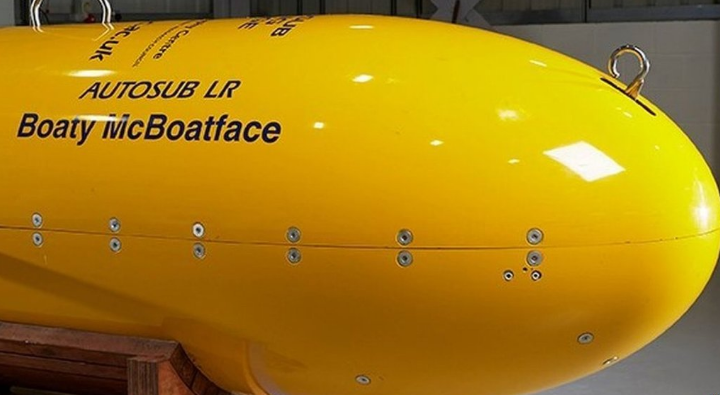 "There are 'rapids' and 'waterfalls' that are occurring within the channels and valleys that surround underwater mountains in the passage," Dr Eleanor Frajka-Williams from Southampton University told BBC. "Boaty is going to make measurements within these 'streams' and 'rivers' of the smallest-scale motions to try to understand how that water is being changed as it leaves the formation regions around Antarctica and then spreads out over the world's oceans."

Eventually Boaty will be leaving the RRS James Clark Ross and taking up a new home in order to continue the good work in conjunction with the RRS Sir David Attenborough. You can watch a video of how Boaty works, courtesy of the BBC, here.

Curious about the natural world? Grab a subscription to National Geographic – and save up to 68% off today.

Duck on Plane Helps Woman Fly
How Much Do You Know About Orangutans?
David Attenborough's Earliest Works to be shown in Colour