The Faberge ornament could be one of the show’s most significant finds, say experts…

It seems that during the filming of its 40th anniversary series, BBC’s Antiques Roadshow may well have stumbled upon one of the most important finds in the program’s history. According to reports, jewellery expert Geoffrey Munn has valued the intricate Faberge ornament – which is shaped like a vase of flowers – at around £1m.

"The expert said it's probably the second time he's ever done that type of valuation," Builder Dan Bansal, who observed the valuation told the Express & Star. "I think he was reluctant to say £1 million and nervous to say it was worth that much." 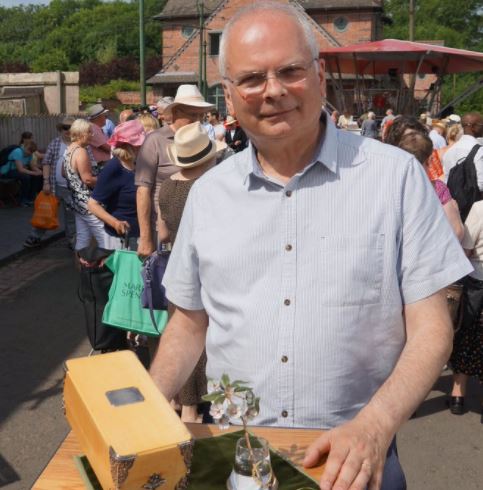 Executive producer Simon Shaw said: "We've had one of the most significant jewellery finds in 40 years of Antiques Roadshow history - but we don't want to spoil the surprise."

The show was filmed at the Black Country Living Museum in Dudley, West Midlands, on Wednesday and will be aired later this year on BBC One.

For more ornamental insight, grab a subscription to Homes and Antiques – and save up to 23% off today.