Louis Tomlinson wants more time with his baby boy, Freddie Reign. The One Direction singer is going to court to fight for joint custody of the five-month-old baby boy… 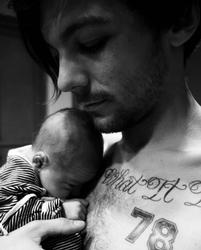 Sources familiar with Louis’ frustrating situation have revealed that Briana Jungwirth, Louis’ ex, has been ‘inconsistent’ with letting Louis spend time with Freddie.

The British pop star wants joint physical and legal custody of his son, as well as equal role in his son’s life. If approved, this would mean that Freddie would grow up spending half his time with father, and half with his mother.

Louis has been renting a $1 million house for Briana and Freddie in Calabasas, on the outskirts of LA. He is also rumoured to be paying Briana around $15,000 a month for child support. Apparently, an appropriate amount of child support will also be reviewed and decided at court.

Moving to LA, in order to be closer to his son, Louis celebrated his first Father’s Day on June 19th. The delighted new father posted an adorable photo holding Freddie’s hand with the caption: ‘Happy Father’s Day to every luck lad out there who’s someone’s daddy! Thoroughly enjoyed my first J Love you Freddie son! X’ 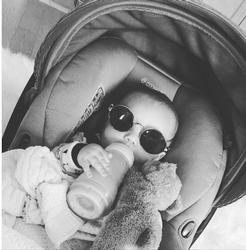 Louis, 24, and Briana, 23, had a short-lived romance last year before the dramatic news of her pregnancy was revealed in last May. Life in the spotlight hasn’t been easy for Briana, who has been exposed to vicious rumours. Following Freddie’s birth, fans were claiming that photos of Louis and his baby boy were faked, some even believed that Freddie was a doll used as a publicity ploy!

Speaking out about her rollercoaster stardom and parenthood Briana wrote on Instagram: “This past year has been the best and worst of my life”.

Hopefully the young parents will find an amicable arrangement for Freddie Reign’s future.

For more stories on Louis Tomlinson and his son Freddie Reign, make sure you subscribe to Heat Magazine to save up to 30%.