How much for that Kanye in the window?

After appearing at LA Gallery Blum & Poe, the slightly creepy sculpture shown in Kanye’s Famous video is rumoured to be available for purchase for $4 million…

How much would you pay for the privilege of displaying the lifelike rump of Donald Trump in your hallway? Or the cuddled corporeal forms of Kim Kardashian and Caitlyn Jenner on your balcony? According to reports, the figure being bandied around for you to grab your own Famous sculpture is pretty high. $4 million high, actually. 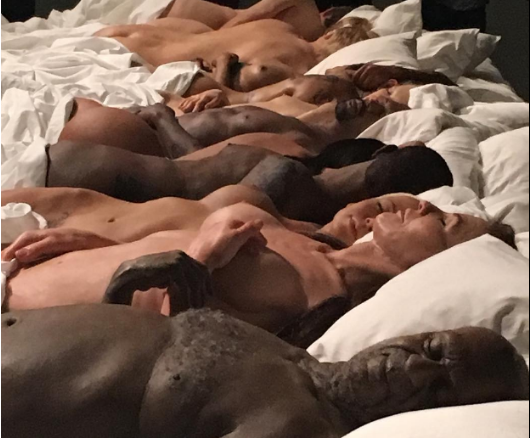 The controversial piece, which took centre stage in Kanye’s Famous video from his latest album The Life of Pablo, features the naked animatronic forms of celebrities and controversial public figures, including George W. Bush, Rihanna, Ray J, Amber Rose, Bill Cosby and, of course, Taylor Swift – who seemed less than impressed over her inclusion. 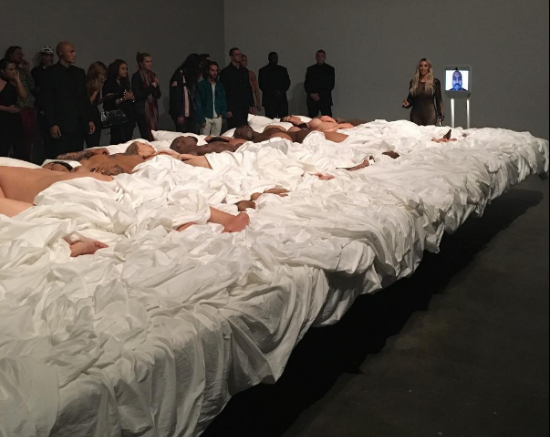 What makes this piece of art even more special (creepy? Bizarre?) is that each of the supposedly sleeping celebs appears to breathe peacefully as in real life – something which couldn’t be noticed in the original vid, but surely would be a real conversation starter at dinner parties.

If you’re an art addict, grab a subscription to The Art of Design – now with up to 58% off.