Glitz and glamour were all around as the crème de la crème of the fashion industry came together to celebrate the 2016 Harper’s Bazaar Fashion Awards on Monday night. The big winner on the night was supermodel Gigi Hadid, who beat off competition from her younger sister Bella to be tearfully crowned International Model of the Year. 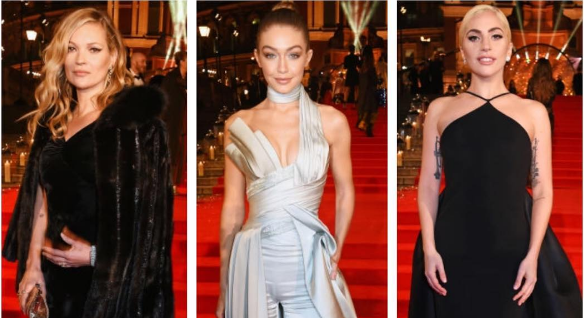 Also honoured at the stylish bash – where the eclectic guest-list included the likes of Kate Moss, David Beckham, Lady Gaga, Marilyn Manson and Donatella Versace – were Ralph Lauren, who grabbed the award for Outstanding Achievement in Fashion to add to his already jam-packed collection of silverware, and Vogue magazine achieved a special recognition for celebrating its centenary this year.

For more expert insight into the best of British fashion and beyond, grab a subscription to Harper's Bazaar - now with up to 50% off.

And if you grab a subscription today, you'll be automatically entered into our Christmas prize draw for the chance to win £1,000!