Sienna Miller Gets Candid About Love and Life

This month’s PORTER cover girl opens her heart about ex-lover Jude Law and reveals she longs for more children.

It was the love story of the Noughties: actor Jude Law and fashion sweetheart Sienna Miller held the world transfixed as they fell into love, then out, over and over again. But a decade after their initial engagement actress Sienna Miller has at last spoken about their tumultuous relationship, revealing that though she doesn’t see Law ‘that much’ that she ‘cared about him enormously.’ 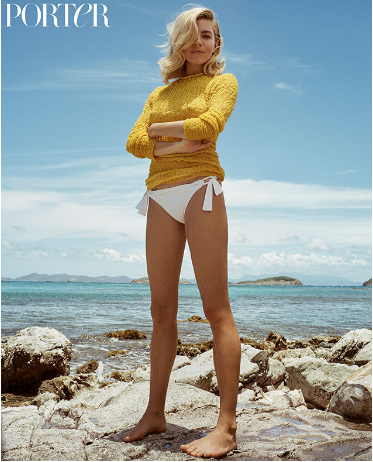 The Alfie star, who looks stunning and typically on-trend in her shoot for PORTER, has been out of the spotlight of late focusing her energy on being a mother to three-year-old daughter Marlowe, with ex-fiance Tom Sturridge, and admits that she would love to have more children: "I would love more," she told the magazine. "I'm suddenly feeling very broody for more babies, and my daughter's desperate to have a sibling."

In the meantime, Miller is back to her day job as a Golden Globe-nominated actress and has a slew of films in the pipeline including amazon adventure The Lost City of Z starring alongside Robert Pattinson. That doesn’t mean she isn't looking for love though, and reveals that her past beaus have had one vital trait in common:

"I like intelligence," she continued to the magazine. "It's the only thing I've ever been attracted to. People who aren't clever enough fall by the wayside. They're a motley crew my ex-boyfriends, if you lined them up, it would be strange. I don't care about [looks], but you know, within limits… Someone staggeringly beautiful and thick is totally ugly to me. It sounds silly but I like bookish academics who are slightly odd, and borderline, you know, on the spectrum."